Two articles in this issue focus on the Middle East. We also have another article focused on this region scheduled for our next issue. This is significant as there is a lack of cross-cultural management scholarship that looks at the Arab and Moslem world. Although Ali‘s (1995) Islamic Perspectives book set the standard and stimulated interest in this area over 18 years ago, the cross-cultural management scholarly community still lags behind in making original contributions to a wider body of knowledge. The wider, critical scholarly community has for some time been aware of issues involving the generation of Western knowledge about the Middle East. Said’s (1975) ground-breaking work on Orientalism for example provides the main backdrop for Postcolonial Theory. This addresses the issue of the way the ‘orient’ is perceived and constructed in literary and scholarly endeavours. Although Said’s work specifically focused on the Middle East, it has application to all scholarly work that focuses on ‘the other’. Those in an economic and ideological dominant position in the world not only shape the dominant mode of knowledge, but also shape knowledge created about ‘the other’ that is taken up and internalized by those who are the object of such knowledge. Hence ideas of universal knowledge – such as we are familiar with in management studies – are created: the dominant forms of knowledge are accepted as universal, even though ideas and concepts about the ‘orient’ have been constructed outside the orient, and often without the involvement of those that live in ‘the orient’.

Despite the tacit acceptance of these (often derogatory, but sometimes exotic) constructs, later theorists have discussed the idea of ‘resistance’ to such dominant forms of knowing about the ‘other’ (Bhabha, 1994). Perhaps the type of extreme resistance that the world has witness since 9/11 has been part of this. Yet this resistance may have served to reinforce dominant ideology, not only in political but also in academic circles. In management studies for example, this may have reinforced a modernizing mentality, where management practices in Islamic contexts, such as low worker participation and rights, paternalistic styles, and gender differentiation are seen as backward and in need of liberalizing and modernizing.

Mellahi (2006: 104) for example has described Saudi Arabia as a ‘high-context culture and more collectivist than the rest of the Arab world’, and as such in the absence labour unions, Saudi’s are well protected in employment with much better salaries than expatriate workers: so, according to Mellahi (2006) employees whether local or expatriate are not permitted to form any formal association such as a trade union in order to defend their rights.

But are we not looking at the issue of workers ‘rights’ from a dominant Western perspective? Could we not turn this on its head and argue that if employees have no rights there are no rights to defend. Rights and responsibilities, we could argue, are encompassed within the rules and values laid down by Islam. These appear to be comprehensive and all embracing of relationships such as the one between employer and employee. The enforcement of these principles, then, is fundamentally the province of a person’s relationship with God. Yet it also seems likely in an Islamic state that the government has a duty to ensure these principles are upheld. This brings us to Mellahi’s (2006) assumption of an ethical question of a right to representation. Yet if the state has a duty to ensure adherence to Islamic principles, and assuming those principles are benign, why should we assume that a person has a right to be represented? So (Western) rights of representation perhaps do not need to exist if rules governing social relations in business are specific, adhered to, internalized to the extent that they are a way of life and enforced through an implicit relationship between a person and God, and further monitored by the state? Why does an employee need to be represented? This is a logical conclusion rather than one based on empirical evidence. Yet as researchers we are steered by our assumptions. We might see the lack of workers’ rights as a negative, rather than with a neutral or positive inflection. To what extent does this influence how we then formulate our research objectives?

Tied to a more positive inflection is Aycan’s (2006) work on paternalism. That employers, and governments, for example in Saudi Arabia protect their own may be a positive aspect of paternalism within a collectivist society. However, that women comprise 55 per cent of graduates, and only 4.8 per cent of the workforce (Mellahi, 2006), may represent in Saudi Arabia one of the more negative (from a Western perspective) effects of paternalism. Although a positive inflection may frame this as a paternalistic state protecting its women, perhaps.

Aycan (2006) has pointed out that the term ‘paternalism’ has negative connotations in the West. Demenchono (2009: 283) invokes Kant in believing that ‘...a paternalistic government, treating its citizens like immature children and thus infringing upon their freedom, is “the most despotic of all”’. This is mainly because the welfare of the state is not the same thing as the well being and happiness of the population. He applies the term paternalism to denote the enforced spread of democracy by military means to Iraq among others. Yet this surely is a misappropriation of this term. However, as Aycan (2006) quotes from Jackman (1994: 10): ‘paternalism is a time-worn term that has indefinite meaning in common use’. In fact Aycan (2006) defines the term from the Webster’s dictionary as ‘the principle or system of governing or controlling a country, group of employees, etc, in a manner suggesting a father’s relationship with his children’. Pelligrini and Scandura (2008: 567), writing on paternalistic leadership, state that:

‘Despite diverse descriptions offered by different authors across time and cultures, more recent research typically defines paternalistic leadership as “a style that combines strong discipline and authority with fatherly benevolence” (Farh & Cheng, 2000: 91). Authoritarianism refers to leader behaviours that assert authority and control, whereas benevolence refers to an individualized concern for subordinates’ personal well-being. This type of leadership is still prevalent and effective in many business cultures, such as in the Middle East, Pacific Asia, and Latin America (Farh, Cheng, Chou, & Chu, 2006; Martinez, 2003; Pellegrini & Scandura, 2006; Uhl-Bien, Tierney, Graen, & Wakabayashi, 1990). However, it has increasingly been perceived negatively in Western management literature, which is reflected in descriptions of paternalism such as “benevolent dictatorship” (Northouse, 1997: 39) and “a hidden and insidious form of discrimination” (Colella, Garcia, Reidel, & Triana, 2005: 26).

Pelligrini and Scandura (2008) further state that in paternalistic cultures, those in authority consider it their obligation to provide protection to those under their care. In return they expect loyalty and deference. Yet the extent to which this relationship is benevolent is often questioned. Some assert that benevolence is there only because the power holder wants something in return. Hence paternal relationships create obligations. Another way of looking at this is that paternalism is conducive to societal cultures where mutual obligations are a feature of what Hofstede (1980) and others have referred to as collectivism. Aycan (2006) notes that much of the negative attitudes towards paternalism stems from the West.

It is likely in an individualistic societal culture, where a clear distinction is made between authoritarian and democratic forms of management (McGregor’s Theory X and Theory Y, or Likert’s Authoritarian, Consultative, Participative management), that paternalistic management does not fit neatly into one of these slots, and if it does, fits into the authoritarian one. However, Aycan (2006) sees authoritarianism as quite distinct from paternalism. Authoritarian relationships are based on control and exploitation where subordinates show conformity simply to avoid punishment. In a paternalistic relationship the figure of authority, say, the boss, may be involved in the lives of subordinates as would be expected in a collectivist society. This would be seen as part of the leader’s care and protection role. This would be seen as a violation of privacy in an individualistic society. Also with an acceptance of the authority of the leader, and an unequal power relationship that would be accepted in a high power distance culture, this may again be viewed negatively in a Western society with lower power distance.

It is for these reasons that Aycan (2006) has suggested that the benevolent aspects of paternalism have been difficult for Western scholars to digest. It is particularly the ‘duality between control and care’ (p. 453) inherent in paternalism that is difficult for Western scholars to comprehend. It might be added further that this perception may well colour both the investigation and analysis of such leadership behaviour and organizational relations in non-Western societies, from a Western perspective; and at the same time create issues of ethicality (in Mellahi’s, 2006, terms, a right to representation).

So, back to the original point: there is a lack of cross-cultural management research on the Middle East, yet at the same time the way that this research may be framed could be influenced by the types of (often negative) inflections from Western researcher. Perhaps, a final case in point, and certainly related to the issue of paternalism: the role of women in Islamic societies. For a researcher, there may be at least three different inflections on the perception of our subject matter, such as:

1. Women have few rights, and therefore such societies are backward (and can learn from our society which is more advanced in these issues).

2. Islam was very progressive towards the role of women, but became corrupted as a result of the influence originally from tribal Arab cultures, and in colonial times with collaboration between colonists and conservatives, and now as a defence mechanism again the West.

3. Modern Islamic states protect women from unwanted sexual attention, focusing on women not as objects of men’s desires, but on the inner person and what they have to offer as human beings. This is therefore a different way of looking at the role of women, and the West could learn from this.

Either one of these inflections, and others, or all of them could frame our research.

Also, as a secondary point, and a sub-theme that might permeate cross-cultural management studies, is, what can we learn from ‘the other’? Perhaps one of the biggest challenges in our subject area is not just understanding other cultures, but understanding what we might learn from other cultures. Certainly international management studies generally has been rife with a modernizing mentality, which has framed research. Approaching our subject, as cross-cultural specialists, with a mentality of what can we learn from this society that would benefit our own society is a good start. Certainly in the area of workers’ or women’s rights in Islamic societies, this question is rarely asked by Western, or Western-educated cross-cultural management researchers. Implied within this must surely be that they have everything to learn from us, and we have nothing to learn from them. This is hardly the basis for an informed collaboration between researchers from Western and non-Western countries. Unfortunately this is often indeed the basis of such a relationship.

Demenchono, E. (2009) The Universal Concept of Human Rights as a Regulative Principle: Freedom Versus Paternalism, American Journal of Economics and Sociology, 68(1): 273-301

Martinez, P. G. (2003) Paternalism as a positive form of leader-subordinate exchange: Evidence from Mexico. Journal of Iberoamerican Academy of Management, 1: 227-242. 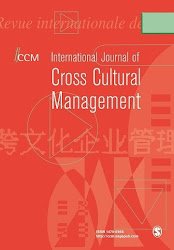